Ever since 1919, the 80 acres on Section 22 of Ingham Township — just outside the village of Dansville — has been called the Freer Farm.

Thanks to the generosity of the Freer family, 15 acres of it will now be called Freer Park.

Lewis and Genevieve Freer obtained the farm from their family members in 1952 and farmed it for more than six decades, through 2016. Since its beginning in 1919, the Freer family has always been committed to being good stewards of the land and are now proud that the northernmost portion of the farm will continue to benefit the Ingham Township community long into the future.

To Lewis and Genevieve Freer, farming meant long days working in the fields — and also caring for the cows and pigs — but they always found time to be involved with friends and their Dansville community. Lewis was born on the farm and Genevieve moved there from Williamston when they were married in 1945. Both were lifetime members of the Dansville Free Methodist Church. Lewis was a Dansville school bus driver for 43 years, 15 as transportation supervisor. He was also a charter member on the Dansville Fire Department for 58 years. While Genevieve’s kitchen door was always open for coffee and a cookie, she also drove a school bus for special needs children for 23 years.

When interviewed in 2006 by the Lansing State Journal, Genevieve was asked, “what is your favorite part of living in Dansville?” Her response: “It’s a small little village where people care about one another.” Many children in the neighborhood fondly called them Grandma and Grandpa.

Members of the Dansville Fire Department were Lewis and Genevieve’s family as well. If the alarm sounded while he was out working in the fields or sitting in church on Sunday, Lewie — as he was known to his fellow firefighters — would dash off to the emergency or the fire. Even as he reached into his ninth decade of life, Lewie would keep a watch out his window from home and, when the fire truck went by, he watched the number of cars following the firetruck. If he counted too few, he would be quick to drive in to help. Even if all he did was run the controls on the outside of truck so the others could go in and fight the fire, he was happy to do so.

As we look toward the future by designing and building Ingham Township’s new Freer Park just south of the school’s football field complex, we do so in celebration of the lives of Lewis and Genevieve Freer – and the entire Freer family.

The Ingham Township Park Committee has been hard at work creating the master plan for Freer Park. This document is not only necessary to set future goals for the park but to also apply for grants so that we can create a park that is safe and enjoyable for all of the citizens of the township. 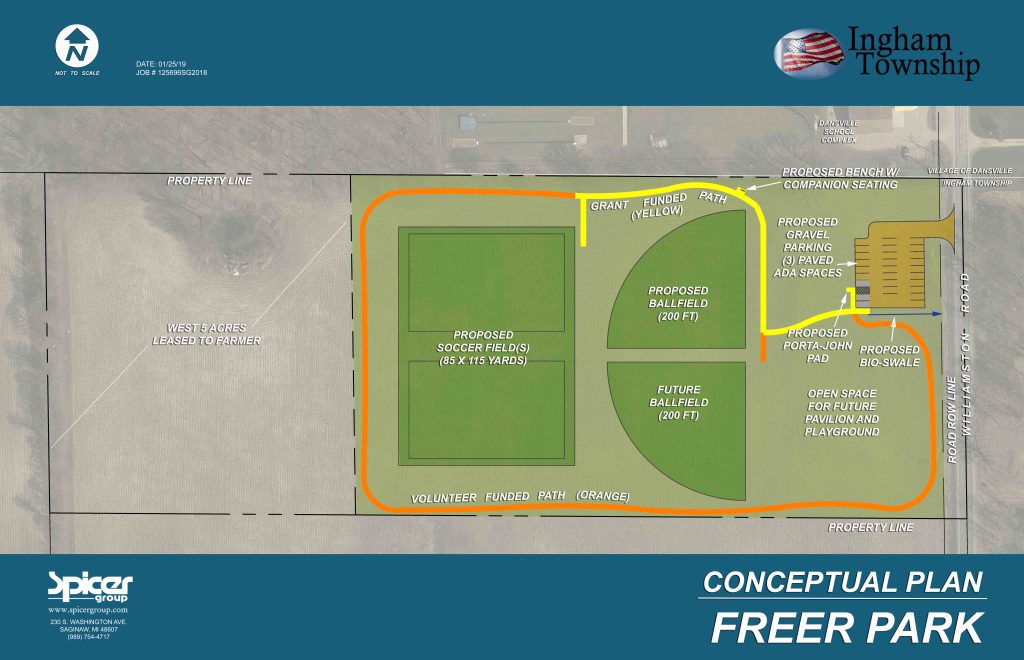 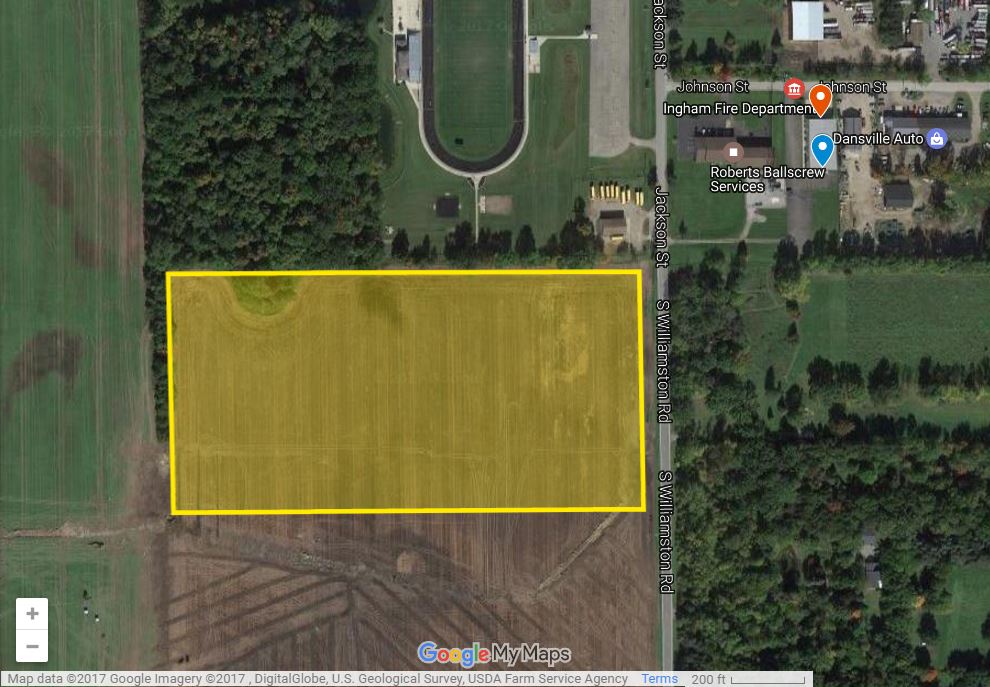